Welcome to the contributors Guest Book. The subject matter of the Mesoamerican Calendar continues to take on the interest of many people found throughout the many walks of life. This authors interest had officially began in the year of 1985, a year which also marks the opening point of an official literary study about the subject matter that had finally blossomed in the year of 1989 with the tropical alignment of the Corrected Mesoamerican Count, which has brought about extraordinary results and experiences since that time. In the wake of the experiences, the predictions, and the overall exploration, and the problem of the correlation constant (or lack of it) continues to bring out the greatest amount of controversy in terms of the calendars study and the discussions about it.

As a long time student, who has been able to acquire a significant amount of personal experiences since the time of my initial correlation realignment with the August 13th 1521 (Julian) Surrender Date of Tenochtitlan, I can now assure the reader that as I continue to learn more and more about the Mesoamerican Calendar (as a whole), and its differentiated cultural manifestations; that the current myth of “the complete and absolute 260-day correlation of the Mesoamerican Calendar throughout all of ancient Mexico is indeed misleading and probably wrong.”

This is now becoming more apparent with just as much scholarship and research that would also be willing to accept it, and those that don’t want to accept it are simply missing out on the details. Recently, this included me, since I wanted to believe, (and still want to believe) that a Corrected Count Calendar was utilized in various forms since extremely ancient times, otherwise how could this astrological mechanism actually even work, if the initial inventors didn’t understand the multifarious possibilities of its mathematical rectifications? Despite all possibilities for a Corrected Count, a linear Astronomic Calendar for Mesoamerica is also irrefutable, but its applications are still being recovered to determine the extent of its usage throughout every community.

One of these possibilities for the Mesoamerican Calendar is indeed to be a 52-Tropical Year Corrected Count, and let’s not just insist that it was Montezuma’s latest idea just before the Conquest! Such pervasive mathematics not only were, but had to be understood since the earliest of times in Mesoamerica. The mathematics of the Calendar were to be divided up in many ways through many on going experiments. However, in coming to terms with the seasonal and stellar iconography of the 20-day cycle, (for what is called the “Haab,” in the Mayan, and what is called the “Metztli,” in the Aztec), this author would be led to the safe conclusion that this was the original intention of the 20-day cycle – it was a seasonal marker that was to be reinforced with the typical correction dates and/or methods found in so many calendars throughout the world over.

The whole confusion about the ‘correlation constant’ in the field of Mesoamerican Calendar Studies is due for the most part to the linear aspect of the Mayan Count Calendar. The difference between the Mayan Count, and what would be called an Aztec Corrected Count, is that the Mayan Linear Count turns out to be first and foremost an “Astronomical Almanac,” which initially was used to maintain calculations in written Codices, just as our professional astronomers now maintain records in computers. Later, after much progress with the system, a cult had begun to arise in Southern Mesoamerica, now vaguely referred to as the ‘stele cult’, which set the record in stone along with other pieces of history and mythology. The Maya became the official heirs in this art form, but unfortunately this art form of the stele is not actually to be the Mayan Calendar, any more than in our modern times that the computer is to be (or become) the astronomy. The basis of the Mayan Calendar is specifically its mathematics, not its inherent mythology or its accompanying material works of art. The mathematics were initially developed alongside of the early celestial coordinates, which included everything from planetary cycles, horizontal markers, visual stellar constellations, and other forms of astronomic reference points.

Currently, the most popular astronomic reference points concerning one “Mesoamerican Correlation Constant,” would be none other than the Galactic Center, the Winter Solstice, and the linear GMT-584,283, which puts the end date of the Great Baktun Cycle of 5125.366-years to end on December 21st 2012. Indeed this is to be at least ‘one official correlation’ for the linear Mayan Astronomic Slip Cycle, but I believe there are others, and that maintaining the validity of the other linear correlations actually will help maintain the validity of the GMT-584,283; otherwise we are subject to constant bickering and providing the burden of proof for one thing.

For instance, in the case of the Dresden Codex, it appears that the Bohm JDN 622,261 correlation has honestly accounted for the purpose of the Dresden Codice as being an Astronomic Almanac, where area’s the GMT has simply failed, due plainly to any amount of study not producing enough worthy results to even hear much about any success that should have been garnered by now; this kind of success simply has not manifested with regards to the Dresden and the GMT. Despite this, I am suspicious of Bohumil Böhm’s conclusion that the 622,261 correlation covers all aspects of 400 inscriptions found throughout the cathedral cities – he’ll need to show me more evidence - that's the beauty of it all.

For that matter, the GMT 584,283 and the Bohm 622,261 are to be in my opinion, actuality counterpart or (sister correlations) that are interrelated (and I believe deliberately) through a 104-year cycle. Accepting this notion actually helps to reinforce both correlations, which in fact both end their respective 5125.366-year cycle at the Galactic Center. The problem with the Galactic Center Cosmology, is that this is not to be the only place where impressive stellar constellations are to befound within Mesoamerica! In fact, my insistence is that these constellations repeat themselves in Mesoamerica (both Mayan and Aztec) at 90-degree angles – a fact that can reinforce a Haab Slip Cycle, which can maneuver through the repeating stellar imagery within a 1507-year cycle.  Thus for that matter, in Mesoamerica it is not the ability to nail down any one concept to one notion of personal predilection, but rather to understand the many variability’s that were born out of the Mesoamerican mind, who of which created them in the first place. This is extremely true in the case of Mesoamerican Constellations, which are indeed of the most creative variety that are to be found anywhere in the world. The components of the elemental calendarictic chronologies from Mesoamerica must often follow this rule of variability as well.

In the preceding pages, I had attempted to outline some of these cosmologic variability’s within the given timeframe of the project that was allowed. Anymore of a timeframe would grant another 6 to 9-months of editing and upgrading the information. Therefore, as it stands this work is of course not perfect. However, this is where you might come in if desired. There are perhaps apparent points of contradiction, and/or insinuations that could be outlined better, which if commented on will no doubt  help me to explain my position better, if I did not succeed in a convincing articulation before hand.

Therefore, the layout plan that I have been anticipating looks something like this:

The comments of contributors will be put in alphabetical order as last name first, and simply by cutting and pasting the particular paragraph of concern on to an email to me, you may outline your request towards further editing on my part, or simply leave a comment, which will be left in your own alphabetical order section as seen provided below. There probably is to be as much space as is needed, however, if desired I can paste only you’re most important or requested statements into your section via an email suggestion to me. The official starting date for this project is June 3rd 2011 and is to continue along with the publication of this website, which I foresee going on into the next 4-years at least.Two-years have already been paid for, so your contributions are well afforded.

The nature of the Contributors Section is not so much about hot debate as it is inquiry and discovery, and suggestion, since as you probably have noticed much of my work is not to be seen around and about. Surprise and even confusion is understandable, however disdain, denial, and contempt for this authors ideas really are not necessary, since if you understand the posturing and attitude of this author then you should also realize that the goal is to see two different things at once. In our culture we are taught to see only one thing, but the choice remains with you as always. In our culture, debate is based on a conflict of one thing that becomes a duality of two, but where as in ancient Mesoamerica it was a duality of two things that were to become one; thus, their variegated symbolisms in Mesoamerica, which served at so many points of psychological disposition and layering.

Of course, even though I speak such prose doesn’t mean that I agree with every position out there – especially if it is one-sided, or is devised as a method towards trying to achieve “one-sidedness.” This has been the failure of the Mayan Camp, which has inadvertently tried at the attempt to officiate a linear and unbroken sequence for the 260-day count that never ends - for all Mesoamerican Cultures. It is the ability to see both sides of the issue, which grants the ability to make sense in any constructive conversation, and with that maybe we will start. Simply give me at least 2-weeks for response time, since sometimes maybe the question or concern may require some research. If I do not respond in that time, go ahead and send me another email, as often it is very true that many of these things just dont reach their destination. Looking forward to hearing from you. 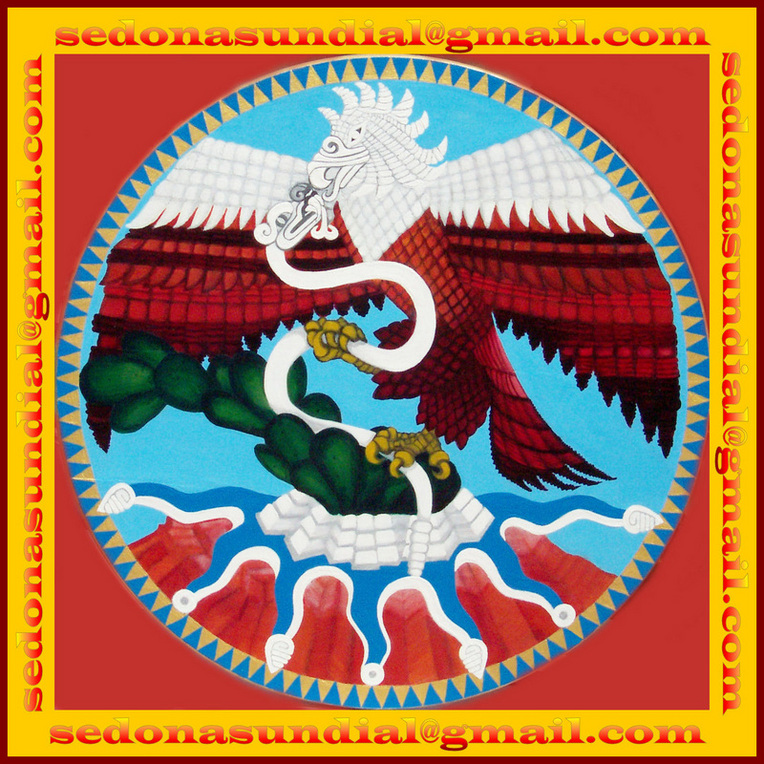